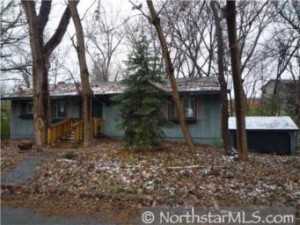 Dramatic Before and After(!)

One of THE biggest (and best) home transformations I’ve ever seen is on display (or was, over the weekend) at 4221 Cedar St. in St. Louis Park’s Fern Hill neighborhood, as part of the Remodelers Showcase.

The house hit the market just over two years ago as a forlorn rambler that looked like a North Woods mobile home (see above).

That said, it was solidly built and in a very strong neighborhood — and listed at a giveaway price, $189,900.

When the dust settled a couple days later, there were more than 20 offers (my client’s was one of them), which pushed the sale price up to $226k.

Today, the home’s exterior has a distinctly Contemporary look.

Inside, the Kitchen and Living Room have been combined into one spectacular, opened-up space that’s even more impressive in person than in the artist’s rendering (below).

Bruce Iverson at MJ Remodeling did the work.

The work was done by (and for) the current owner, who won the bidding war two years ago. 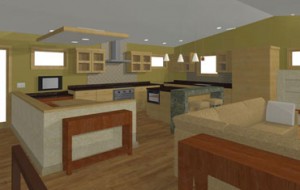