One of the most startling things I heard at yesterday’s Edina Realty annual meeting was the degree to which the Realtor ranks nationally are now dominated by (relative) old fogeys:  something like half of all active agents are now over 40 years old (and not a few are over 65!).

This, at the same time that Buyers are getting younger. 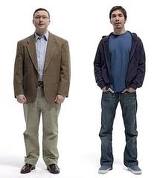 On the agent side, the explanation is that a shrinking commission pie — which is what Realtors been facing the last five(!) years — very much favors the incumbents . . .  and the old-timers are the incumbents!

As one speaker dryly observed yesterday, “you folks are all exactly ten years older than you were a decade ago.”

Unfortunately, when it comes to such things as technology and communication style, it can often seem like “Baby Boomers are from Venus,  Millennials are from Mars.”

So, the same (50-something) speaker gave as an example himself, his senior citizen father and 20-something son all looking for a local theatre playing the movie they wanted to see.

The grandfather picked up the newspaper, the son searched on his laptop . . . while the grandson looked up theatres on his smart phone, bought the tickets, and started watching the movie trailer online.

So, you’re not just texting them (or instant-messaging, or whatever) a couple times over a few weeks — you’re potentially texting them dozens of times over several months.

Needless to say, this brave, new real estate environment means Realtors — and their brokers — have their work cut out for them. 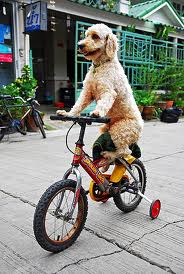 As the Twin Cities’ leading broker for the last 11 years, Edina Realty has been using a “carrot-and-stick” approach to ensure that its sales force has the requisite technology skills (actually, “scare-and-reassure” might be more accurate).

On the one hand, it has been drumming into agents’ heads at least the last 3 years that the “technology train is leaving the station,” and that they’ll be left behind if they’re not on it.

(To its credit, Edina management has been backing up that message with tons of technology training, while pouring R&D money into its Twin Cities-leading real estate Web site and other technology initiatives.)

On the other hand, management and its proxies (cue yesterday) have been careful not to spook (or depress) all the troops still trying to get up the technology curve.

The double-edged message(s):  ‘you’d better get with it . . . but there’s still time,”  interspersed with reminders that ‘inter-personal skills still trump technology smarts.’