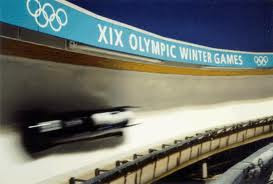 Nowhere to Put it All

After the 1989 earthquake that rocked the Bay Area, multiple friends independently reported the same phenomenon: people on the freeway pulled over to check what appeared to be four, simultaneous flat tires (such was the shaking).

Three days after the biggest Twin Cities snowstorm in 20 years, I can report that driving area streets feels like being in one big, bobsled run.

That’s because the snow is piled so high on the side of the roads — I’d estimate anywhere from 6′ to 12′ — that there is a tunnel effect on all but the widest streets.

Unfortunately, the roads are about as icy as a bobsled run, too: the below zero temps are cold enough that “black ice” — car exhaust that freezes on the road, invisibly — is forming in some places, which only adds to the driving challenges.