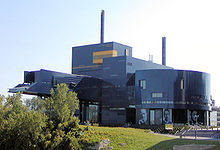 One Size Doesn’t Fit All

More than four years after it opened, I finally got to the “new” Guthrie Theatre near the Mississippi River — just in time to see the closing performance of Tennessee Williams’ “A Street Car Named Desire” (thanks for the tix, David and Shana!)

The performances were indelible and wrenching; I was close enough to the stage to see that the superb Gretchen Egolf, who played the lead (“Blanche”) was clearly crying during the curtain call.

I — and most of the audience –were merely emotionally spent.

During intermission, reading the program, what struck me was the price schedule for single tickets.

A veritable spreadsheet, it shows a theatre split into five different price zones (actually, two theatres; I hadn’t realized until last night that were two venues, the Wurtele Thrust and the McGuire Proscenium).

The price for each ticket then varies depending on the play; the evening/day of the week; and where the play is during its run (“Previews” are discounted; Opening nights command a premium).

Welcome to the world of variable pricing, made possible by computers.

That has given us planes carrying 200 passengers, none of whom paid the same price for their ticket; as well as major league baseball games that charge premiums and discounts, depending who the marquee attraction is — or how important the game is.

None of this is new, of course.

The only things that seem to be changing is the spread of “variable pricing” to more corners of the economy, and an acceleration in its speed and fluidity (airplane tix that seemingly re-price in real-time).

And, perhaps, the rise of viruses which can distort or even crash such pricing systems, at least when they are made on an open platform (witness Wall Street’s “Flash Crash” this Spring, still not adequately explained or dealt with).

P.S.: one other discovery from Sunday night: what looks like a skyway between the Theater and the parking ramp across the street, isn’t; rather, it’s a bridge for transporting sets back and forth between the two buildings (sets are constructed in a shop above the ramp).