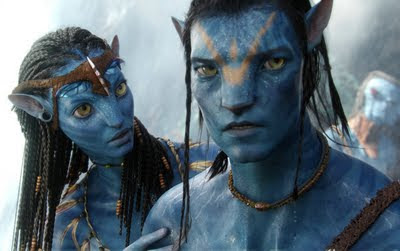 “Avatar” and the Commoditization of Actors

Quick, name an actor from “Avatar,” the world’s highest grossing movie at $2.5 billion (so far).
With the exception of Sigourney Weaver, you probably can’t.
While the movie reportedly cost $250 million to make (and another $150 million to market!), almost all of that went into technology, not actors’ salaries:

Avatar’s highest paid actor appears to have been Sigourney Weaver, though she almost certainly worked for a small fraction of the $11 million she was reported to have been paid for “Alien: Resurrection” in 1997. ZoÃ« Saldana and Sam Worthington, meanwhile, got fees that were more than guild minimums but less than enough to make them feel financially secure.

In fact, the (increasingly prevalent) technology used to make Avatar all but obscured the actors’ identities.
And if you don’t know who the actors are, they become (interchangeable) commodities.
Commodities, of course, are sold exclusively on the basis of price. Lowest price.
P.S.: Sigourney Weaver’s real first name is Susan; she changed it as a teenager because she thought “Susan” was too plain. The Stanford sweatshirt she sports in “Avatar” is for real — she graduated in 1971.
0Shares