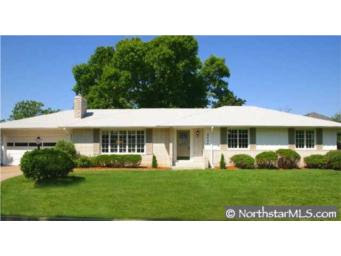 Built for Baby Boomers — By Their Parents!

Like narrow ties and bell bottoms, wait long enough and the most dated fashions come back in style.

The same is true in real estate.

As Baby Boomers age, the unheralded, ’50’s-era rambler is making a comeback.

I can think of (at least) four reasons why.

One. One-level living. Once you hit 50, stairs suddenly matter. Depending on their health, baby boomers in two story houses need to start thinking about downsizing well before retirement. By contrast, people in ramblers . . . can stay put.

In fact, spend $10k or so to move the laundry room to the first floor, and — Voila! — everything’s on one level. The basement then becomes the province of the grandkids (or guests).

Two. Construction quality. Realtors aren’t supposed to play favorites, but I (kind of) do: I’ll take a well-built, ’50’s rambler over virtually anything other era or architectural style.

I’ve sold any number of these, and while some were dated or even suffered from deferred maintenance, the remarkable thing is how well they weathered any neglect.

I remember selling a rambler by Cedar Lake a couple years ago, and showing up three hours into the inspection to touch base with the inspector (usually, that’s about when the inspector is winding up).

It turns out I missed the inspector by two hours: he quickly determined the home was solid as a rock and had left! (It was also true that the Buyers planned to do extensive remodeling, so the inspector’s charge was more limited).

Three. Location. Think back to when ramblers were most popular: the ’50’s. Before suburban sprawl, and before far-flung highways were built.

As a result, many ramblers are located in convenient, close-in neighborhoods. Added bonus: they tend to come with large lots, often times .25 acre or more.

Four. Simple is back.

Unlike McMansions with their two-story foyers and other showy (and arguably, wasted) space, ramblers tend to be sensibly laid out, and the space in them efficiently used.

Perhaps ramblers’ biggest Achilles Heel is the number of bedrooms on the first floor.

Families who want four bedrooms on one level are going to have a hard time finding it in a rambler. Or, if they do, they’re not going to like the room sizes.

In the same vein, master baths hadn’t yet become super-sized in the 50’s (that took another 30 years), so the odds of finding a bigger one are slim.

Unlike boring hardwood floors, carpet was colorful, comfortable . . . and suddenly, oh so affordable!

Fifty years-plus later, pulling that same carpeting — if it’s still in the home — and replacing it with hardwood floors is one of the quickest ways to create value.