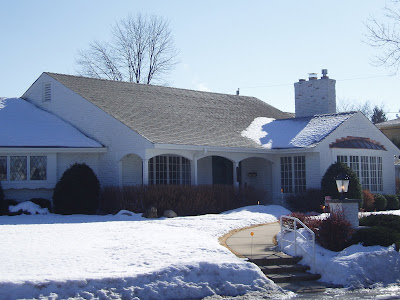 “The reason dolphins have a reputation for saving drowning swimmers is that you never hear from the ones they push out to sea.”
–Anonymous

There’s no question that the housing market is soft in many areas of the Twin Cities.

However, one of the reasons that it appears softer than it really is is that everyone knows about the homes that aren’t selling: they’ve got conspicuous “For Sale” signs in front, attract a steady stream of slow-moving traffic (or not), and almost seem to project a certain forlorn quality as time passes . . . and passes.

By contrast, a home that sells fast barely makes a ripple. The immediate neighbors certainly know about it — they know about everything — but anyone just driving past probably doesn’t.

A great example of a home that just came (and went) before the general public knew about it is 4241 Basswood.

The listing agent networked the home via email to other agents, which is how I found out about it. However, the next thing anyone knew, it appeared on MLS “sold.”

Such “stealth” sales are more common than you might expect, and underscore two things about today’s market:

One. Newspaper editors’ favorite saying, “if it bleeds, it leads,” applies to the housing market, too. Bad news is loud, good news is quiet.

Two. If you are a Buyer and want first crack at a choice property, you’d better have a Realtor.

In my experience, the most desirable homes attract a crowd, in strong and weak markets alike. By the time the general public knows about them . . . it’s already too late.