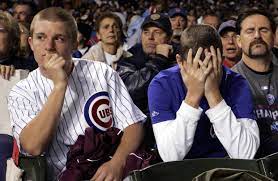 Version #6: What Someone Says, Post-Neck Surgery

You might not guess how versatile the expression, “I can’t look!” is.
That is, at least until you undergo neck surgery (I just did).
Here are all the variations I’m now aware of:
One. “I can’t bear to watch (someone — or something — come to harm).” 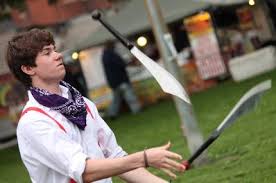 What spectators say when the amateur juggler starts twirling razor-sharp machetes. Example #2: at the movies (remember those?), before the homicidal clown jumps out of the bushes. Example #3: Chicago Cubs fans going into the bottom of the ninth of a playoff game with the opposing team’s tie runner on first base . . . and their best hitter coming to bat.
Two. “It’s physically dangerous to look.”
Observer #1 (during a solar eclipse): “Wow! The sun’s corona is a-m-a-z-i-n-g!”
Observer #2: “I can’t look — I lost my (protective) glasses . . .”
Three. “I’m busy/preoccupied right now.”
Four-year old daughter (plaintively): “Tommy (older brother) wrecked my dollhouse!”
Mother: “I can’t look (right now) — I’m in the middle of preparing dinner.”
Four. “I can’t handle the emotional pain.” 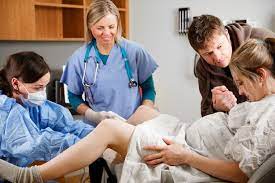 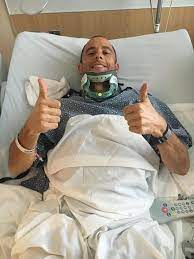 Laura Kaplan (wife/driver of car) at four-way stop: “Is there anyone coming from the right?”
Ross Kaplan (husband/passenger): “I don’t know — I can’t (physically) look.”
Thankfully, after a few weeks of pain meds, rest, and ice, now I CAN look, both left and right. 🙂
Next recovery milestone: resuming driving.
See also, “The Multiple Meanings of “Watch Your Back!”; “Take it Outside”: the ORIGINAL Meaning“; “You Take the Cake!” (& Other Ruined Expressions)”; “The Multiple Meanings of “What Do You Know?!?”; and ““Shut Up!” Has 9 Different Meanings? Shut Up!! (No, YOU Shut Up!).”