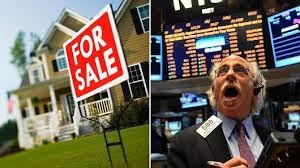 At least according to economist (and Nobel Prize winner) Robert Shiller, housing is more prone to bubbles than stocks for two reasons:  1) housing supply eventually responds to higher prices, satisfying demand (and then some); and 2) unlike stocks, it’s not possible to short housing — or at least not easily.

For the unfamiliar, short selling consists of betting against something by first borrowing it, then buying (covering) at a lower price. 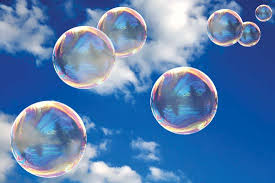 Of course, that’s the opposite of “going long”:  first buying, then selling.

According to Shiller, stocks benefit from the discipline of short selling, but housing doesn’t:

“Short-selling helps prevent bubbles from forming, but such negative bets cannot easily occur in the housing market. You can’t routinely borrow a house and sell it, promising to buy back the same house later to repay the loan.”

So, is Shiller right that housing is more bubble-prone?

It’s a lot easier to conjure up hundreds of profit-less, untested new companies to take public — as happened during the late 90’s dot.com bubble — than it is to create a few thousand new homes.

Shiller may be fundamentally right about housing markets like Houston and Phoenix, where there seemingly is always more outlying, raw land (desert) to develop.

But even those places have infrastructure and natural resource limitations (like scarce water).

Meanwhile, when it comes to shorting stocks, supposedly there are such folks, but after six years of relentlessly climbing stock prices, their ranks are decimated (note:  being early = being wrong).

Two Ways to Cash in on Bubbles

But, I do agree with Shiller on another subject he addresses:  how to cash in on bubbles.

Contrary to conventional wisdom, it’s not by being “first in, first out” (FIFO).

The catch is always the “out” part:  history suggests that it’s VERY difficult to know when the music is about to stop — then get to the exits first.

Rather, it’s to bet against the frothy asset, by shorting it.

If that’s not possible, Plan B is to figure out a way to be a seller of the item in question.

In the housing market, according to Shiller, that means “building new houses and selling them before prices fall” (note:  I disagree with Shiller that current housing prices are stretched).

Empirically, there’s no question which market — housing or stocks — is more volatile historically:  stocks are.

In fact, before Wall Street got involved in housing (via securitized mortgages) after the late ’90’s Internet stock bubble burst, there had never been a nationwide housing bubble.

Don’t take my word for it — take Mr. Shiller’s (see, “Housing Bubbles Are Few & Far Between”).